Always Plan Ahead for LTCI 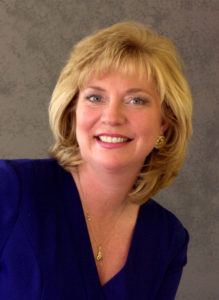 I received a call from a woman seeking assistance for her father. He is currently undergoing cancer treatment and has a feeding tube. He receives nutrition twice a day and the feeding tube must be flushed with a saline solution after each administration. She lives almost 4 hours away and has been traveling weekly to assist her father from Thursday until Monday morning when she gets up early to drive back to get to work. So far, she has been using her vacation and sick time.

She has hired an agency to provide the assistance Monday, Tuesday and Wednesday. However, due to the feeding tube, they require a nurse rather than a home health aide who is significantly more expensive; $80 per hour for the nurse as opposed to $24 for a home health aide.

The nurse comes twice a day for a two-hour period each visit, three times per week costing $960 per week, or $3,840 per monthly. But that is just for the nurse. On those days, when the daughter is not caring for him, the father also requires a home health aide for the hours the nurse isn’t with him. Luckily there are two nephews close by who alternate weeks coming over after work to spend the night so they don’t have to pay for night time coverage on those days.

The daughter is struggling with many issues. She is running out of vacation time and her father is running out of money. She now must consider leaving her job to move back and care for him. This will have a significant financial impact on her since she will no longer be contributing to her 401k or the social security system, thereby reducing her benefits when she is able to collect.

The attorney advised they create a “Caregiver Agreement” and pay the daughter for the care she provides and use the money to purchase health insurance since she will lose her employer sponsored coverage. The father does have a life insurance policy with a death benefit of $100,000 that will go to her but it won’t even come close to compensating for her lost wages and retirement investing opportunity.

His condition is not considered terminal but the feeding tube is permanent and it is unlikely he will ever be able to manage it independently even after the cancer treatment ends. He still has almost $300,000 left, but he could easily outlive that money, paying for the daily nursing care needed for management of the feeding tube.

She said that she and her dad had had the long-term care conversation. They planned she would care for him. She was an only child and her mom had died several years ago, moreover, she and her dad were very close. She felt it was her responsibility to take care of him since he was leaving all his money to her and since it was well over a half million dollars at that time. However, she told me she hadn’t planned on taking care of him when she was only 58. She assumed she would be older and retired. She also told me that part of her retirement plan included inheriting that money from her father. Now there is a chance it could be gone.

Long-term care insurance would have made all the difference for this family. The father would have preserved his savings to leave to his daughter as he had planned; and the daughter’s financial future would not now be in doubt.

If your client has a long-term care event and they are not insured, the premium at that point will be everything they own.